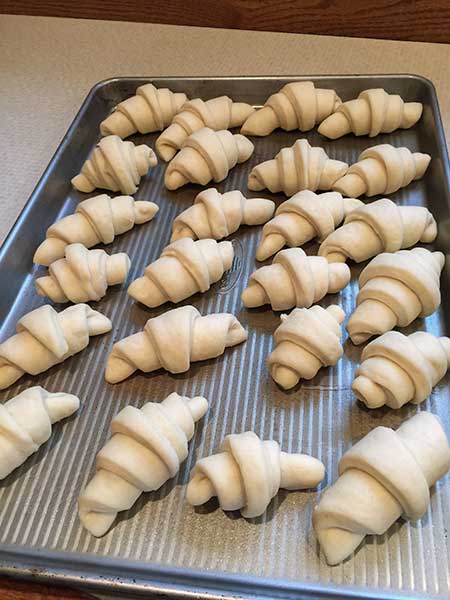 Non-thematically linked photo of my dinner rolls before baking.

As a general rule I try to avoid comment sections, but recently I found myself in a comment section where a commenter was scolding the poster for using the term, American Indian.

I’m not in charge of what people are or are not supposed to say, but in my experience, Indians refer to themselves and other Indians, as Indians.

What is my experience? Tribal citizenship with lifelong social and cultural contact with my Tribe. I’ve been a legal professional involved with tribes and tribal organizations for over twenty years.

Personally, I don’t like the term Native American and avoid using it most of the time. I use a person’s nation if I know it. Otherwise, I use tribal, indigenous, or native. I refer to myself as Karuk.

What do others say about the issue? (I keep updating this since the links keep disappearing).

Native Times published an editorial that strongly supports referring to ourselves as Indians.

In an article updated Sep 13, 2018, Amanda Blackhorse interviewed a number of Native people. No consensus.